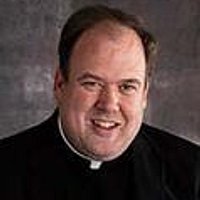 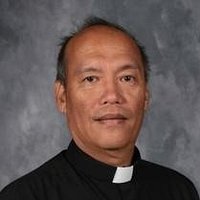 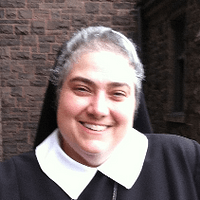 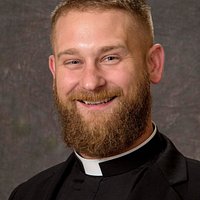 Sister Immacolata Scarogni was born and raised in the South Bronx, NY. For the past 28 years, Sister has lived a consecrated life as a Sister of Christian Charity.

Sister serves as parish manager at Spencerville's St. Patrick's Parish  and Landeck's St. John the Baptist Parish. She also serves as pastorial associate at St. John the Evangelist in Delphos. She feels blessed to be in Ohio, with people who are so faithful to the traditions of the Catholic Church and pass on the love of God to future generations.

St. Patrick Catholic Church began as a Station of Delphos in 1859. In 1860, the parish built its first church and the status of the parish changed from a Station to a Mission. In 1867, the Mission of St. Patrick was taken over by Landeck.

St. Patrick is part of the Diocese of Toledo.

Our children's education program is referred to as PSR (Parish School of Relgion).

Classes are offered for grades 1-8.

1st Grade: Learning who God is and how much He loves us.  Also, God created the world and all that is in it.

2nd Grade: The Children learn and receive the sacraments of Reconciliation and First Communion

3rd Grade: The children will learn that God calls each one of us and gives us many gifts to live a good and happy life and share our gifts with all those around us.

4th Grade: The children will learn that God reveals himself best in His Son Jesus and that Jesus reveals best the Father’s love for us.

5th Grade: The Children will learn that the sacraments draw us closer to God. We will learn that God’s laws help us to truly be happy and live lives that we be wonderful.

6th & 7th Grade:  The students will learn that through Scripture, doctrine, and prayer, children are guided into a deeper personal relationship with Christ.

Rev. Dennis Walsh is the pastor at St. Patrick in Spencerville, St John the Evangelist in Delphos, and St. John the Baptist in Landeck parishes.

Father Thomas Hunyor is  the oldest of six children, and from Maumee, Ohio. He graduated from Maumee High School, and completed his seminary formation at the Pontifical College Josephinum, and Mt. St. Mary Seminary in Cincinnati. His previous career was in Fire/EMS and he worked as a firefighter/ paramedic for about 10 years.
A few of his hobbies are hunting and fishing, as well as archery, but especially traditional archery. He also enjoys golf and disc golf.
thunyor@delphosstjohns.org

Fr. Tony Vera came to St Patrick on July 1, 2019. He is a native of the Philippines and moved to the area on August 23, 1999, when Bishop Hoffman invited him to serve in this Diocese. Since joining the Diocese, he has been in Mansfield, Sylvania, and Toledo.

Fr. Tony comes from a big family with 9 siblings. He entered the Seminary at a very young age and was ordained as a priest with his twin brother.

during the school year